There are plenty of reasons red wine and dark chocolate make a great pair. In fact, we broke it down in our handy red wine and dark chocolate pairing guide to make it easy to choose a wine based on the Excellence variety you’re enjoying, such as this Cabernet Sauvignon with Lindt Excellence 78% Cacao Dark Chocolate. (It’s also useful when you’re looking for something to pair with a bottle of wine for an extra special hostess gift.) For those who are always exploring new reds, we have three recommendations from Peter Van de Reep, a sommelier at Vancouver’s Campagnolo, which was named one of the hottest new restaurants in the world by Condé Nast Traveller, when it opened a decade ago, and is part of Bon Appétit’s Vancouver City Guide. 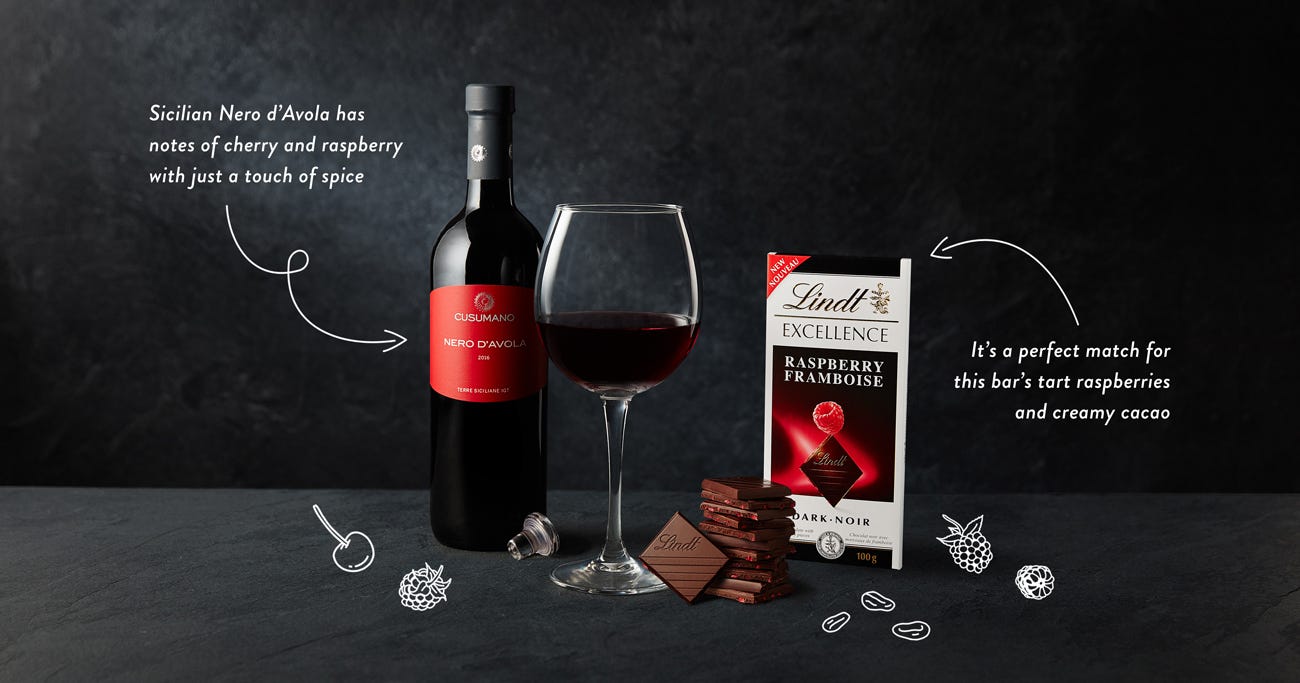 The delicious and tart freeze-dried raspberries that infuse the dark chocolate call for a wine with raspberry notes, which is why this Sicilian wine is a beautiful match. It’s juicy with a dark raspberry and cherry character, elegant tannins and a touch of spice and coffee. 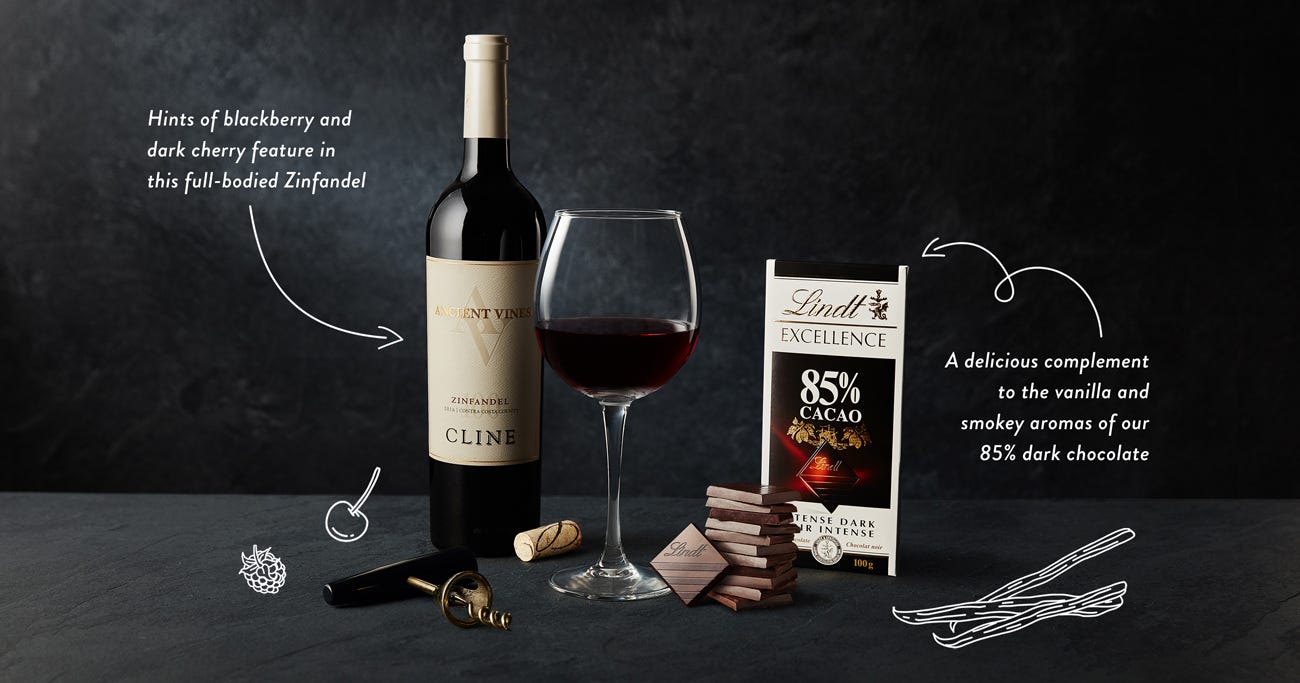 With its richness and strong cocoa flavour, this bar more than holds its own against a full-bodied red wine such as this one from Lodi in California. The wine’s red fruit notes such as blackberry and black cherry are a nice contrast to this bar’s hint of smokiness and subtle leather aroma.

This elegant dark chocolate with a subtle fruitiness and toasted almond notes complements this wine's plum notes, and its touches of vanilla, baking spice and cocoa. The smooth finish of this wine matches the creaminess of the chocolate—another reason this is a pairing worth exploring. *Prices may vary.